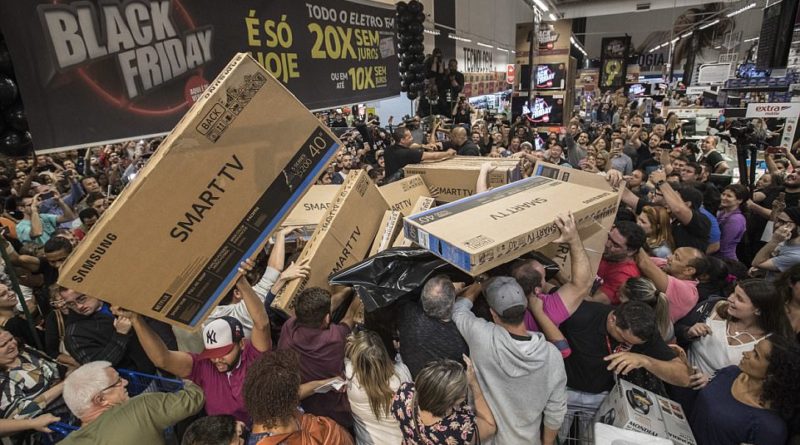 By Iain Burns For Mailonline

Black Friday is well under way around the world – with a topless feminist protester appearing in a Ukrainian sweet shop and frenzied bargain-hunters battling for deals in the likes of Brazil and Greece.

Photographs from the Ukrainian capital show a woman from radical feminist group FEMEN throwing confectionery while screaming in protest.

Before being taken away, the woman – who also had the words ‘Black Friday’ painted on her torso – managed to cause a considerable mess in the store. Before being taken away, the woman – who also has the words ‘Black Friday’ painted on her torso – managed to cause considerable damage in the store The shop – owned by Roshen – was named after former Ukrainian president Petro Poroshenko. Here the protester can be seen throwing tins of cakes The activist trashed the shop in Kiev by throwing chocolate bars and sweets in the air. The Roshen Corporation, which owns the shop, is the biggest confectionery retailer in Ukraine The shop – owned by Roshen – was named after former Ukrainian president Petro Poroshenko. 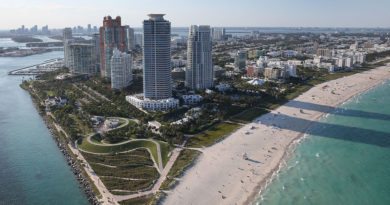 Canadians snapping up US properties! 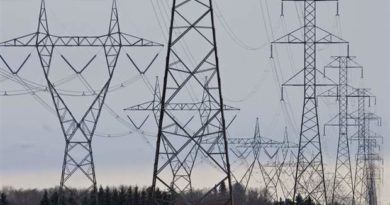 Time to look again at copper

Trudeau Foundation in the crosshairs of ethics reviewers

Government giving away your country and money.

The Climate is Changing too (two)!