EXCLUSIVE – Diamond and Silk Crash Hillary Clinton’s Race-Baiting: ‘She Is Not Our Slave Master’

The YouTube sensations known as Diamond and Silk, former Democrats who left the party to support Donald Trump, responded on Sunday to Hillary Clinton’s most recent charges of racism against the Republican presidential candidate.

“She don’t own black people,” stated Diamond. “Black people are coming off of that Democratic plantation. She don’t get to calm the waters and tell black people not to listen to Donald J Trump. Donald J. Trump is telling the truth.” 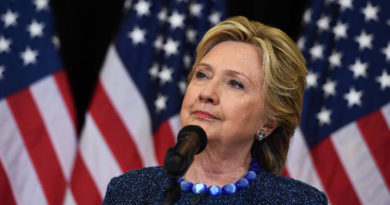 Reason #623 why Brexit was the right choice

Retiring warm, all year round.

Driving to Florida may cost more this fall

I75 major reconstruction south of Detroit, thru 2019

Toronto real estate holding its own